Reply to this topic Start a new topic
Please, select a category:
Ostomy-related questionsIntimacy, relationships & ostomyOstomy & healthy eatingOstomy, healthy lifestyle, sports & workoutLet's talk!Just for laughsOstomy tipsOstomy reversalOstomy productsOstomy innovations, improvements, ideas & knowledgeThoughts before and after the ostomy surgeryQuestions not related to ostomyTraveling & ostomyInsurance & ostomyArt, music, movies, plays and concertsVideosSocial discussions
Talk to people who understand you Sign up today - for many, our community has been a life-changing experience.
Fri Feb 14, 2014 12:31 pm
Hi all

The risk of developing a hernia after stoma surgery is quite high.

I  read that wearing some kind of support wear,  plus doing gentle exercises to strengthen your abdominal muscles, can minimise the risk. However when I mentioned this to the doctor and stoma nurses at the hospital they really weren't interested at all.

More information plus the exercises can be found here:

I think everyone should know this stuff because having a stoma is major enough, without developing any complications.

Hope this helps someone.

Mrs.A
Fri Feb 14, 2014 10:28 pm
Hello hiding,
Interesting articles and information.  Thank you for posting it.
Have you one of these belts?

Which belt would be best if you don't have a hernia and are more interested in the stoma protector that they also carry, but you need the belt to use it I think?Maybe I should call them, but it is something I am have been interested in for a bit now.
Advertisement 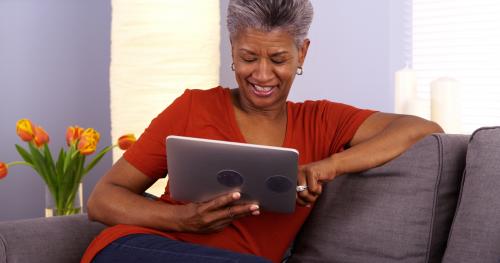 Glad you found the articles interesting.

I don't have one of the belts (or a hernia), but I do use the "Level 1" waistband for prevention.

If you give them a call with your question, I've always found them to be helpful. They are based in the UK but I'm sure they ship internationally.
Mark Strobel
Sat Feb 15, 2014 4:41 pm
For me, this topic is immensely frustrating!  I had my ileostomy in 2009, and now I am suffering with my second hernia.  At least for me, it doesn't take much to get a hernia.  I believe that all I did was cough.

The hernia repair surgery for me was worse than the ileostomy, an experience I don't want to repeat.

Eventually, I will need another hernia repair surgery.  Other than to save my life, I don't see the point in another surgery only for the hernia to return a month later.  I feel like a permanent patient whose doctors have no idea how to prevent me from incurring another hernia.  At this point, I have no idea what to do.
Advertisement
Try the ostomy barrier designed to keep healthy skin healthy
Hollister
The innovative CeraPlus skin barrier with Remois Technology* is designed to maintain adhesive properties, and features a formulation infused with ceramide to help protect the skin's natural moisture barrier. The CeraPlus skin barrier is available on one- and two-piece pouching systems. Request a free sample!
read more
GraphX12
Tue Jun 16, 2015 11:00 pm

I started developing a hernia shortly after my ileostomy surgery. It looked like I had half of a tennis ball around my stoma which made it somewhat difficult to get my flange adheasive to form around the "hump". After about a year and a half, I woke up one morning with the most horrific pain I had ever had in my life. I know I passed out at least twice and my daughter found me in a pool of sweat on the bathroom floor and got me to the hospital. Turns out 8 inches of me small intestine had pushed through the hernia and got twisted and blocked everything. Emergency surgery was required but the surgeon told me he was not a specialist in this area. He pushed everything back in sewed things up, along with removing a lot of scarred tissue from my initial surgery. He told me the hernia "hole" was big enough for him to put his fist through. Again he stated that he only sewed things back together and tighten things up around my stoma. He said the correct way to "fix" this would be to move the stoma to a different location and repair the old site with mesh.

I had been wearing a hernia belt since the repair but now, 5 months later, the buldge is back and I fear that I will eventually have to have another surgery. Any time I cough or sneeze I have to bend over and hold my abdomine tightly for fear of blowing everything out again. I think I actually feel better when I'm NOT wearing the hernia belt. The surgeon told me there is really nothing I can do to prevent it from returning. He said, "If it's going to happen, it will happen."

I hate to say it but I am an expert on this.  I have had 2 parastomal  hernias and 4 insecional hernias.  All required surgery.  All required hernia mesh to be applied.  It's the only thing that will help for awhile.  Always a chance to come back.  And yes. Mine were all from coughing and sneezing.  We are highly likely to get  hernias.  I hope more focus will be given to this problem in the future.  The hernias are more troublesome than the ostomy.

Yes.  My stoma had to be moved due to the 3  failed  patch attempts.  . a lot better now.  But always the chance it will come back. Weight loss helps.

Thanks for your input, kruzer.

I totally agree with your statement that, "The hernias are more troublesome than the ostomy."

Was your stoma relocation surgery harder to recover from that just the "patch" jobs?

Actually no. the relocation went well. I had it moved from the bottom right (just above the belt line) to the upper left. Being higher on the abdomen was actually better for me. Clothes fit better.  Now I had presurgery problems with infected mesh that required all the abdoninal mesh from 4 prior surgeries to be taken out. So the infection was one problem. Relocation of the stoma was the easy part.

If your first stoma site is shot and no longer working, move it. I am glad I did. The surgeries actually get easier I think because you know what to expect. Not that it is fun by any means but the first one (when they take out your colon) is a big deal. I think it actually is a little easier. Maybe I am twisted. But then again this past March was my 7th operation.

take a look at "www.theamericanostomyclub.com" for some good support that I found.

Best of luck. Let me know if I can be of any other help.

Finding love on here is rare....

As a Woman, How Do You Dress with an Ileostomy?

Probiotics for Ileostomies - what is your opinion?

Any Artists Out There?

How Long Until Your Ostomy Becomes Part of You?

Who would choose to bring a kid into this world ?