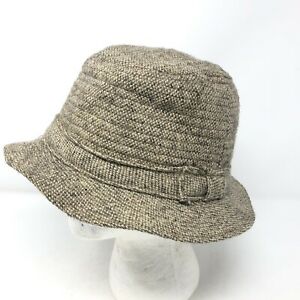 AN OLD HAT CAN BE A LOT OF THINGS. As a possible pot of gold at the end of the rainbow, there is a gold and silver mine in Pinal County, AZ called Old Hat. It sits at 4,400 ft. elevation. So, the next time you feel like a good hike in sunny Arizona, perhaps you can get in on the mining action and get rich. Old hat is more commonly just a term that refers to something deemed uninteresting, predictable, tritely familiar, or old-fashioned. In a word: out of date (okay, that’s three words). Finally, old hat may refer simply to… well, an old hat. I have more than a few of those taking up space here and there around the house. My old Irish tweed fedora, called a walking or country hat, is older than my daughters, which makes it around fifty or so. The photo shows a similar one; mine is blue. I have newsboy caps, baseball caps, knitted beanies. I had a nice cowboy hat, purchased in Tombstone, AZ, just down the street from the OK Corral. I left it in Utah. I brought two winter hats back with me from Russia, one leather, one fur, both with fine, furry ear flaps. Since I was there in the middle of winter, I needed head coverage. I gave those away when I left Utah too. My favorite hat these days is a baseball cap style with one word in all caps on the front: FACTS. It signifies my preference for reality over fantasy, truth over lies, evidence over assumption, Democrats over Republicans, and anyone over Donald Trump.

I don't much like wearing hats, and yet, I have a whole collection of them in my wardrobe. Mostly they are what I would call 'functional'. Several for rain (to keep it off my glasses);  some for snow and cold winds - like your Russian ones; several sun hats, and several safety hard-hats. I did purchase some expensive cycle 'airbag-hats' that are worn around the neck until an accident when they explode around the head and neck. However, I have had two such accidents and found that they are simply too expensive to replace, so now I have a standard crash helmet for that purpose. Some of my hats are for 'dressing-up' for Old-Time Music Hall gigs but that's another story!

One hat that I treasure above all the others is a 'Rasta' hat, made especially for me by one of my ex-clients because of a remark I once made about " If I was to opt for any religion - it would probably be 'Rastafarian', because they seem to be 'kind' and have sound moral principles by which to live.  This hat was made to hold a pile of dreadlocks (which I don't have), and she did not think that I would ever wear it. However, she was wrong, in that I covered it with 'cool' badges and quips that I had collected over the years and proudly wore it to oiur local annual music festivals (Rhythms of the World). Sometimes I would be threateningly accosted by young black 'Rastas' and asked if I was trying to 'take the *iss!' (be desrespectful).  I replied that the opposite was the case, and the hat had been given as a gift by a 'friend' who knew I was supportive of the 'Rasta' religion. When I told them who that 'friend' was, they were fine with it, as she was the go-to hatmaker for all the local 'Rastas'.

Hi guys yup i,m a hat collector also i have about 50 assorted hats but mostly baseball style with the logos of sports teams also auto parts or from places i,ve visited but i also have winter knit hats that locally we call chooks but i think canadians call tuks, i,ve never had a cowboy type but my youngest daughter had a pink one she would wear when she was a hockey player and that was her image when going to the differant arenas.

Hi Ron,  That's touque, or toque.  I guess it's originally from Quebec.  I just wore mine on last night's walk for the first time this season!

"TIES SOLUTION: THE OSTOMA REVOLUTION?" Are you aware of this new revelation? Is it true?
Methylcobalamin vs Cyanocobalamin forms of Vitamin B-12
A Cautionary Tale About Sugar
Rectum stump bleeding
Salt in diet
The Good Weed
Are there any married couples, both with a stoma?
Hernia under Colostomy surgery
Ileostomy & slow release medications - question
Dermatitis after Covid vaccine
All times are GMT - 5 Hours
Currently online: 28
4 members & 24 visitors