A MAN NAMED EZEKIEL POCKET WAS A 15th Century British subject who might be called today a handyman. He liked to tinker with things; he was a thinker, not in a philosophical sense, but in a practical way. His friends called him Zeke; his wife called him a lazy good-for-nothing bum. “Get a job,” she would scream at him while he sat around in what he called his “lab” tinkering. He was surrounded by his tools: needles and awls and vises and pliers and such, all things that he needed to fiddle fart around with whenever he had a new idea. But he was forever needing one of his tools, or his spectacles, or a knife, or a pencil, that would be back on his bench. One day he found a piece of cloth and his eyebrows went up. He cut it in the shape of a horse shoe and sewed it onto his favorite work shirt. “What’s that?” asked his dubious wife. “A pouch,” Zeke said proudly. “I can use it to carry stuff.” His wife was so impressed that she told him to cut some more and she’d sew them on all his shirts. “I’ll bet we can sell these too,” she suggested with a gap-toothed grin. Soon they had a thriving business and were selling shirts and pants and dresses with pouches sewn on to carry stuff. But Ezekiel fell victim to illness and died without knowing that he was slated for immortality. His brother-in-law took over the business, but he disliked the idea of calling Zeke’s idea a pouch. From then on, the handy-dandy little pouches would be called POCKETS after their inventor.

My mom would cut the bottom off my pockets so I would have something to play with. 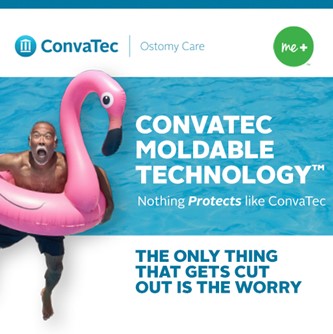 And what might that have been xnine lol 😂 XX

Thanks for another great story and, I am quite happy to log it in the back of my mind as a plausible and humorous explanation for the invention of the 'pocket'. However, so far, I can find no reference to the name EZEKIEL POCKET anywhere on my usual internet resources or in my own reference books. I would be grateful if you could point me in the right direction in this regard, so that I can be more sure of the information's provinance. Then I will be able to put it in that pocket of memories that have a 'tick' of authenticity'.

Ostomy Resources for Product Users from Hollister
Hollister
Whether you need general advice for maintaining your stoma or are looking for online support, we are here to offer a helping hand. Not sure what food to factor into your diet? Want to know how to look after your peristomal skin? Need advice from someone who has the same experiences as you? We cover all these questions and more.
read more

What a great story Henry!  You made me quite nostalgic though.  I haven't heard anyone say "fiddle fart around" since my dad passed away in 2006!


Is that why you wear glasses Xnine???

Everything went well except!
Stoma relocation surgery
White waxy substance
Wearing jeans after ileostomy?
Tattoo around stoma
Stoma and Tattoos For the Coolest and Most Heartwarming Reason
Ileostomy and Dry Skin
Have you ever stuck your finger in your stoma?
Fried foods
How to bulk up output
All times are GMT - 5 Hours
Currently online: 31
6 members & 25 visitors