I’ve been to the hospital a lot as we all have.

My question is this, if you have a roommate when you watch television do you wear headphones or keep it at a low volume so as not to disturb your neighbor? I do or don’t watch tv. On the GI surgical floor those are the rules, printed and everything.

I’m on what’s called the medical floor and it has just opened up, it’s not new or swanky it’s just been relabeled.

My current roommate is in a bad way, I feel very sorry for his situation, however he sleeps with telemundo or sporting events on TV so loud you can hear it in the hall and his wife talks on the phone using speakerphone in Spanish. Thankfully visiting hours are only 11am to 8pm. I have no way of communicating to them that this is bothersome and rude. The nurses on this floor don’t seem to want to say anything until the wife leaves then they will turn down the TV but won’t turn it off but I have to do some serious whining for it to happen.

Yesterday the baseball game was on at top volume while he slept and the wife was playing music from her phone at top volume and SINGING LIVE like some kinda open mic night all at the same time.

I put my headphones on at top volume to listen to music and could still hear the ballgame, music, and singing. But could barely hear my media. After she left the local cable company replayed the baseball game so I got to hear the home team lose twice.

The doctors have chosen to sedate me instead of dealing with this clear etiquette issue. As a result I’m even more exhausted than when I arrived a week ago.

The language barrier is not helping, there is a young nurse that is well aware they speak no English so she just speaks English louder almost yelling instead of using the interpreter. I finally yelled at the nurse at 3:30am the other night to PLEASE lower her voice.

I’ve asked to change rooms but am getting no joy in that area, as well as the neighbor was supposed to be discharged three nights ago now, but keep coming up with excuses to stay. It’s not for the drugs as he’s not in pain and has asked for exactly one Tylenol my entire stay.

So my question is, Am I The Asshole for continuing to complain about this? I’ve spent a ton of time in hospitals and I’ve never ever had a situation like this.

Thanks for reading my rant, I’m looking forward to your feedback.

You are NOT the bad guy here.  I would be raising holy hell continuously until I got some relief.  That kind of selfish obliviousness ought not be tolerated by the hospital staff.

Thank you Henry, I was starting to think I was being unreasonable but my conscious was telling me I wasn’t. I’ll continue to whine about it daily

1 likes
Advertisement
Track Your Ostomy Journey With Ease
Convatec
Introducing the My Ostomy Journey App from ConvaTec. With this easy-to-use app, you will be able to conveniently track ostomy-related activities without the hassle of keeping up with traditional paper check lists or diaries in the weeks and months following ostomy surgery.
see more

Demand to move to another room. I also hear that throat punches will get their attention. 🤷‍♂️😁

I’ve been demanding to move to another room since I arrived, I was offered a private room at the low low cost of $400 a night not covered by insurance, I declined that option.

Then they started with the people are waiting for beds and the hospital is full so we can’t move you, when I pointed out that I wouldn’t be taking up two beds I would just be moving beds and the person waiting could have this one I stumped them speechless and they left the room.

I don’t want to throat punch any of my nurses except the one that gave me the $400 “option” and my oblivious roommate has a trach and his nurse has lost three of his speaking valves, she is not very bright, I’d be livid if I was him.
it’s very funny at the moment they have the interpreter on the line but haven’t turned down the tv and the interpreter is saying she can’t hear them to communicate LMFAO. Finally turned it down! 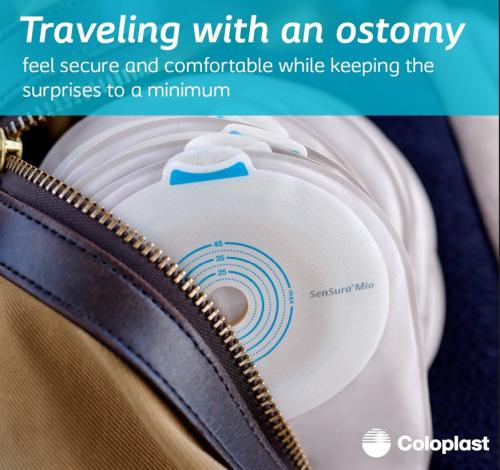 OMG, you have my sympathy and I also totally relate!  During my first hospitalization for my emergency colostomy, when I was just out of surgery and at my worst, in a lot of pain, I was in a room with three others.  One was a Vietnamese woman, who spoke no English, and spent most of her waking hours talking on the phone at top volume, with her phone on speaker, so that I had the pleasure of listening to both ends of the conversation.  Because she was talking to family in Vietnam, due to the time difference, she would be on the phone at all hours, like 5:00 a.m. or earlier.  I complained to no avail, and nothing was done.  Sleeping was impossible in that room.  I think this is totally unacceptable and I would never subject my hospital roommates to such behavior.  I don't know why it is tolerated, but my guess is that the nurses just aren't able or willing to take on the task of policing such behavior and creating more conflict.  I guess I can understand that, but it doesn't make it OK.  I've just come to the conclusion that the hospitals are no place for sick people who need rest to get better!!

Your not the bad guy at all.. shoot I would be raising some shit .. I'm with Henry.

They aren't listening and they need to .. make them.i am sorry you have endure that you have lasting way longer than I would have. I give you props for hanging in there but you don't deserve that at all. Raise that voice you got, stand your ground you got this !!

Thank you Beth, I’m for sure working on it, trying to do it without cussing has been my crutch so I just shut down before they are like he used foul language so he’s not getting anything

You are so right, that’s why I liked my nurse on the surgical floor, she was not at all shy and would go over and give them a copy of the rules and a pair of headphones and if they refused to use them she would unplug their TV, plus I had a serious case of nightingale syndrome with her, such a pistol and she made sure that rules were followed, if the rule breakers bitched about the TV being unplugged they got to wait until last for meds, never denied them but they waited!

So sorry you are going through this Paul. You are not in the wrong. I hope it gets 'fixed' soon. You need sleep to heal. 💗

Go lay out in the hallway and refuse to move until you move rooms. 😁 you might get a padded room but it’ll at least be quiet. 😂

Someone needs to start a poll on whether Abe kicks his roommate’s ass by midnight. 😂😁

I honestly don’t hate him, I hate the admins that refuse to do a damn thing about it and they have gone home for the evening, a better poll might be to see what hour tomorrow I start dropping f bombs on the administrators. Today I told them how ridiculous it is that they call themselves teams, medical team, surgical team, GI team. I said look the Yankees and Red Sox teams want the other to do poorly and you guys are crushing it in that regard! The look on their faces was priceless 😳😮😲

Been there done that, they couldn’t wait to get rid of me as I was WAY too high functioning for them, pointed out they didn’t practice what they preached and had doctors yelling like they should be locked up like they had done to me, was pretty satisfying that they just wanted me gone! 😇

I think you need a wingman/woman.

My nightingale nurse is supposed to visit tomorrow, if she see’s what’s happening someone is getting chewed out

I hope she can help!

Thank you EVERYONE, the sedation is kicking in, I’ll update y’all tomorrow, I really appreciate the comments and laughter because I was about to cry.
The sedation gives me lots of dreams and I don’t have an ostomy in my dreams..

OMG that is the sweetest dog! 💗

🤫. He thinks he’s a ravenous snow leopard ready to pounce at a moment’s notice. 😁

OMD what a good looking dog, you must take amazing care of him, I’m super jealous, I’d protect HIM, Cooper is one fine dog!

He does enjoy a good bubble bath. 🛀

How about a pre snow leopard photo…

Awww what a cutie! 🥰 I want to kiss him and love him and squeeze him and hug him (and call him George). LOL Remember that Bugs Bunny skit?

I picked him cause he was like me….fat and pudgy. 🤗

Oops you must of been typing as I was revising my comment. LOL

Funny you mention that skit and George. 😁