Woo-hoo! What a D'eh!  Congratulations to the @USWNT on their World Cup win. Your persistence on and off the field inspires girls and women everywhere to dream big, fight hard, and win. #FIFAWWC #OneNationOneTeam

These are the top 5 issues ostomates face:

I watched the whole series and must admit that the US team were a cut above the rest and deserved their win. However, I have been watching women's football for some years and have always commented on how entertaining it has been without all the fouling and faking which bedogs the men's game. Unfortunately this world cup series has seen an exponential increase in this unseemly and unsporting behaviour. If it continues like this I will almost certainly revert to watching rugby in future.

I think the resounding issue in this big win, is that it sheds light on the difference in gender pay equality, not just in football/soccer, rather in all sports.

And  In continuing with gender equality in a different genre, “Amplify Her” is finally available on Amazon: 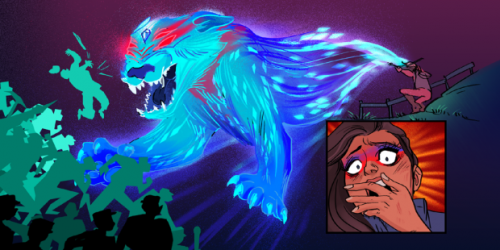 Hello Karen. Gender equality (or inequality) is certainly not confined to pay. It comes in all manner of guises and disguises. In the 1960's I ran two female football teams. The reason for orgainising two teams was that (in those days) women were not allowed to compete against the men, so the two teams had to play against each other. There were no other female teams  to compete against. Noboby got paid and there was just as much 'support' for the women as there was for the men( I suspect that was for the novelty value of the spectacle). Perhaps it's my own perception but in those days there seemed to be very little fouling and certainly no falling down without good reason. Also, at work, I was an honorary member of a 'women's group' who were working towards righting the wrongs of gender inequality. I think they found it useful to have a male advocate to speak (and write) openly about discrimination alongside them on their behalf.

I could go on-and on about this subject because, in essence, the basic principles and practice of inequality are the same as all the other types of bullying there are in the world of human interaction.

We have a women's national soccer team???  Huh, didn't know that.

Ok...just kidding!!  Congrats to the ladies.  But I could do without the political BS of not wanting to go to the White House to be congratulated......they lost me at that point.

Feeling unattractive
Another drawing by me.
Any High Output O'mates using Sensura Mio Convex Flip???
Freedom of Speech
Would like feedback on reputable ostomy suppliers who take Medicare (please NOT Byram or Edgepark)
How to Strengthen Muscles??
Fruits and veggies
Tommy the Colostomy
Swimming products
Transporting your ostomy supplies
All times are GMT - 5 Hours
Currently online: 16
2 members & 14 visitors