People in the UK

i have a very high watery output.So when going out i tend not to really drink and dont eat very much.This is because many times when using transport my bag gets really full to amost bursting piont.Then we will need to find a place with a toilet but parking can be a problem.So i am trying to get people with stomas added to the list of hidden disabillities on the blue badge scheme.I have started a petition for this but need people to sign.So if you feel that we should be included into the list please help me and sign..THANK YOU

Strange really how ostomates aren't already on such a list.. For people outside the UK, what does a Blue Badge mean? Is that a toilet pass?

It's for people to park in a disabled bay

Join me+™ for help & advice
ConvaTec
The me+™ program from ConvaTec brings you tools and advice to help you make life with an ostomy completely your own. The products and support you need, the tips and advice you can learn to use, and a community you can grow with. Join me+ and receive a FREE blue tote full of product samples! Call 1-800-422-8811 and mention “Free Tote” or click the link below.
read more
lovely
Reply by lovely, on Fri Oct 25, 2019 2:04 pm

I think that is a great idea. We have a handicap card to hangover the mirrow. Sometime when we get out of the car if we aren't displaying a handicap they look at you funny. I have back problems and can't walk long distances. Maybe if we had a different colored one for disabilties not seen it would be great. Hope you can get something done.

I agree that folks over here do look at people who park in Handicapped parking spaces rather snidely..........but that's because it's abused over here and there are LOTS of folks claiming a handicap who are perfecty capable of parking in a normal space and walking into the store.  My Mom has emphysama from smoking her brains out when she was younger......and now she takes a few steps and can't breathe.  So when I ride with her she always pulls into the handicap parking spaces right in front of the stores.  On a few occasions I've talked to other handicapped folks while waiting for her to get out of the car and gather her things.  I'd venture a guess at around 1/3 of all those claiming to be handicapped really aren't........they're just lazy.  But part of the blame rests on the Docs as well.  I've been offered Handicap status more than a few times by my Docs, despite the fact that there's nothing wrong with me.  That being said, I do agree that folks suffering from Crohn's and other intestinal diseases that may need to use a bathroom quickly should be considered Handicapped.  I remember fondly just finding a bathroom in the nick of time back before my ostomy days.  And it wasn't fun.  I think the different colored Handicap sign for those with non-obvious disabilities is BRILLIANT.  It might help reduce some sneers from onlookers and silence those a bit more vocal.  Great idea!!

Thanks Bob, handicap parking is very misused. Like I said I have back problems and also Sciatica nerve pain. I can walk short distances then it feels like if I don't stop or sit down I will fall down. I have had people look at me funny when I get out of my car and I am not limping or something. I feel for people who have to make to the bathroom quick or have other problems that need to use handicap parking places and can't find one.

If local council's looked on each individuals case and circumstances I 100% agree with it but not for everyone with stoma's as would be missued by many who have no need for one. I have very high outpit myself so understand the problems you and other's have with a high output, I'm lucky to a degree lol I do have a blue badge for other health reasons still doesn't always help with parking for toilets but better than nothing 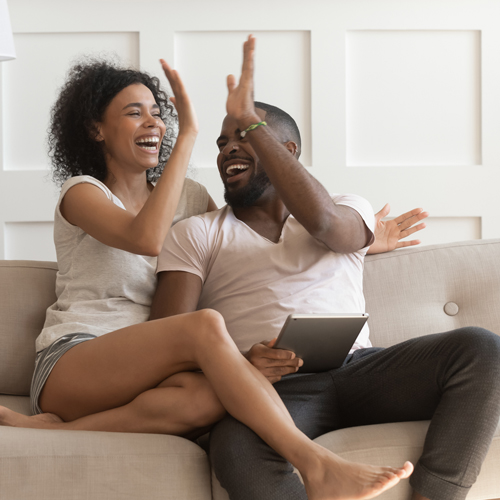 The Hollister COVID-19 Support Hub for you!
Hollister
If you’re feeling anxious about what the current pandemic means for your on-going care, you’re not alone. That’s why we’ve created a place to find support with everyday care issues, including how to manage peristomal skin and pouch leakages.
read more
Bill
Reply by Bill, on Sat Oct 26, 2019 3:41 am

Thank yo for your post, which has recieved some great answers.  I don't know if you are aware, but th UK government announced a loosening of restrictions on disabled driving badges (the blue badge) recently and it is going to include people with hidden disabilities. It seems to me that this is exactly what you are asking for.  It is the Social Services Departments who deal with the practicalities of authorising badges so, if yhou can present a good enough case for recieving the badge, then they should agree under the new rules. I would advise that you prepare yourself for also making an appeal ( or three) because from my experience, Local Government authorities have an institutionalised habit of turning people down for most things on the first occsaion they ask. I believe this is because the vast majority of people just leave it at that and think they will  never get what they are asking for. Statistics show that people who appeal are much more likely to get things and people who appeal thorugh a third-party  ( such as a solicitor or even an informed, articulate friend) are even more likely to get whatever it is they are applying for. Perseverance and persistance seem to be the passwords for dealing with these organisations.

PS: They Offered me a badge years ago, without my even asking - but I declined because I felt I didn't need one! They did however, write me a letter stating that my bicycle was used as a walking aid and should be treated in the same way as a wheelchair. This was what I needed to present to people who were likely to stop me cycling into the toilets.  I do like to have things that more precisely meet my needs!

Hey panther do you have FAP ?

Ileostomates: How do you stop the flow temporarily?

What Tape Do You Guys Use to Secure Barrier Bandage?

Looking for the best ostomy filter

Does anyone know someone who has had the virus?

Sky diving with an ostomy

Living in the moment and enjoying the pleasure of pain free

When and how did you find this site?

Underwear - can I keep using my comfy cotton Hanes?

Trailwalker (m)
☰
Welcome to MeetAnOstoMate - the largest online community for people with an ostomy.
If you have questions or just want to meet and chat with others, join us and enjoy our great community.