26,936 members
Join Us
Video
Reviews
Forum Home Page > Thoughts before and after the ostomy surgery

Needing to Vent My Life …It’s a long read !

Ritz, you are truly an inspiration to ALLof us! Your outlook on life is really something to share with everyone! I love your attitude about life. ENJOY THOSE ROLLERCOASTERS! After all you have been through in your life, the rest is just gravy.     I'm in awe of you!     Lucy

Thank you for sharing your vent of what you have had to put up with over the years. You are one tough cookie who has been to hell and back. Hopefully you can see a brighter future and put the past behind you. Your time to live and be able to do anything you want to do without a care in the world. Enjoy the ride Ritz XX ❤️

I have a very positive mindset for my new life. I know there will be ups and downs trials and tribulations but I am in a better place from where I was before. So all we can do is go up from here. My mom always used to say "this too will pass." And I hold onto those words as a strong foundation.

Deanna ... my mom of 94 tells me 'Forget about yesterday...it's a new day of brightness today" 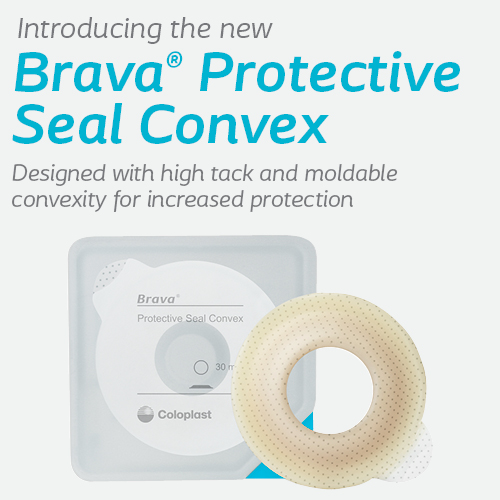 Hi Ritz,   It's Marsha, from NJ..  I've often shared my " story" and history....and I marvel that I'm still here,   a walking talking miracle.  But then, I also read of  other people like you, who have walked/  lived a similar path, and  although I'm sad about what they've gone t hrough....I feel like I'm not alone in this world..   I  remember thinking as a sick kid, of all the things I wanted to do " if" I ever got well.....and for t he most part I have..   I married, had my miracle children,  travelled the world ( my own bucket list)   walked the wall in China,  swam in the dead s ea, snorkled on the great barrier reef,   but the last ten years have been a challenge...  I now have more medical conditions than ever before, see  10 specialists, and seem to have on  emergency after another...        It's like re living the worst years of my childhood....all over again  ( this time with an ostomy).   Thank you for sharing your story, of hope and survival, and the enduring will to go on..   There's a prayer in  Jewish service that begins (  Modim Anachnu Lach)   which is Let  us give thanks...    and these days,  every morning I open m y eyes, and I find that I'm alive....   Life is good.    8 long time dear friends of mine died this year,  from diseases, dementia, covid, and one..... who just died in her sleep at  72..   I met Tara when she and I w ere both ill, with UC, and had our surgeries t he same year.   She was in Pa, and I was  in  Brooklyn NY..   Despite my ongoing medical  issues....I'm still out there, trying to meet/ and date...an d now that covid restrictions have been  liftred somewhat,  I'm getting on with that social  life, and " modified " bucket list...   To all the other ostomates out there,    Hang in, and conquer whatever deamons haunt you.. Howe ver  restricted , life is worth living.....and that's something I need to remem ber every day.      Thank you to all  who have shared your stories....   B est regards   Marsha

Hi Ritz. Thank you for sharing your story. You are a true warrior. Best wishes and good health to you.

People sometimes complain or freak out over the most littlest of things. Some people melt down over spotty internet connections, long lines at grocery stores, stubbing their toes, or loosing their car keys. Some people have actually jumped off bridges for getting fired from their job. And then I read stories like yours.

Instead of choosing to bury your head in the sand and give up on yourself, you’ve chosen to embrace your reality, chosen to make the best with what you’ve got, and chosen to move forward and evolve. I find it inspiring whenever people like yourself go through literal hell and still emerge from the fire strong, resilient, and determined. Thank you for sharing your story Ritz.

Red ... thanks for reading my reality . I'm a strong believer in living .stay well

Just when y ou think that you've got a handle on the different aspects of life,   one is thrown a " curve"     Hi Fellow Ostomates....most of y ou have read my story...,,more thana 55 years wih an ileostomy done when I was 1 5 for Ulcerative colitis..  I accepted it well, wen t on with my life, went to high school, to college for a few years, socialized , dated, got engaged,   drooped out of school, got married, went to work, to earn enough money for us to buy a house....   which we did.   Along came baby number on, and then baby number 2...  when they were ready for school, I went back to complete my education....   However, with all  the good, sadly my marriage started to deteriorate, and by the time I graduated,, and my boys went off to college I was filing for divorce...   But I was still ok,  and started my career as a teacher...   I also began to travel first aroundthe  US< Mexico, Canada.....cruised the carib, and then toured Europe with friends, .  When the more exotic called I was of f to China,   Japa n,  Israel,  South Africa, and even Australia, to visit my son and his family who live there..  Something in my mind said.." Use t his time to do what y ou want, because good times don't last forever...  Another way of saying seize the moment...    How glad I did..  In the following years, I started developing medical issues stemming from all the t reatments I had as a child...   First came eratic liver enzymes.....adn  later found o ut that I had a diseased liver, and Hep C...   ( Treated 2x.....first year long treatment didnt work)...   Later came  diabetes, orthopedic/ arthritic issues.,  healing issues from steroids,   circulation issue sin my legs....    and the list goes on .   I see 10 different specialists, and am on a myriad of medications.    Two years ago,   basic foods started to bother me.....   after  more t han 50 yearas of eating w hat I wanted to....I was having IBS symptoms ( without a large intesting)   and had frequent bouts of   " the runs"....  My diet ( fodmap)   became very restrictive....which was very depressing...   One day a food w ould a gree with me, another not..   It's difficult to be grateful, when you feel like y ou're revising the worst ( childhood) years of y our life..     Last week, I was up early for a gyn  dr. appointment/ procedure...   came home, had lunch, and then took a nap.   I woke up two hours later wretching and losing fluid ( about a pint a n hour  .  Lon g story short....I ended up in the hospital....acute gastric issues.....introvenous,   on a st retcher in the emergency room f or  two days.   It was a madhouse, with overcrowding and the lack of staff  and materials...   I finally got a room also in the emerency  room, but no real care or attention, until I got a room on an upstaairs floor..    In t he end, they never diagnosed what I had..  preliminary diagnosis was a urninary tract infection, but t hat doesn't cause pea green clear liquid pooh...   Sigh..   And somewhere  along the way, I had lost my phone, so my family had no idea where I was.   I finally realized t hat the hospiital had contact info for my sister and son.....so t hey were called.   but visitors were not allowed so I was still alone...   The infectious disease doctor suggested that I'd be safer at home, so that's what I did/   I've been home,    alone, sleeping aaround the clock, eating soup or cereal, and drinking fluids to get  hydrated...    I know others are suffering more.....from covid or other life threatening conditions,   but in my case I felt like it was my childhood illness revisiting me......and there I was alone again  in the hospital...   Angst?   yest...   Sadness?   yes,   Fear?   yes..   Graditude....defin itely yes..   I'm still here, to do battle  again, if I need to do it...    Have faith and courage my fellow ostomates..  WE're often stronger than we think we aare..   Best of luck and a better start for a healthier  2022...   Marsha

Hi Marsha, It really puts things into perspective for me to read what you have been going through, and continue to go through.  You are truly amazing to have maintained your positive attitude, and remained hopeful and thankful for what you have.  It's a good reminder to all of us to be grateful for what we have.  You are so right about being stronger than we think we are.  Most of us are never tested to see just how strong we are!  You are inspiring, and I just wish the best for you going forward.

Chemo brain?
Action Figure Game
What is Oral Rehydration Solution (ORS) and why do you need it?
Dancing
Ileostomy help
Yay Optimism!
Gas or something else….
Game For Alex
Flip Flobsters
New member

Elective Ileostomy Surgery
Shelf Life of Appliances
Working retail with an ostomy
Dating with an ileostomy - Any advice
Anybody subscribed to Phoenix Mag?
Purchase ostomy supplies
What is Oral Rehydration Solution (ORS) and why do you need it?
Always hungry
So what do my fellow ostomates do for hobbies?
Splash reduction?
All times are GMT - 5 Hours
Currently online: 35
7 members & 28 visitors