Hi all, I hope you are all safe and well.

Does anyone get intense itching directly where stoma and parastomal skin meet? If so what do you do to alleviate it please?

1 likes
These are the top 5 issues ostomates face:

Hi Zed i usually run my finger around the base plate next to my stoma and that seems to help for awhile but when it starts stinging thats when i do a change.

I scratch around my flange ( yes it's 2-3 inches away) but it helps, it's also a sign I need to change my pouching system

Have you measured the size of your stoma recently easy thing to forget to do I know I do quite often!

You should measure your stoma every month.

Is the itching all the time or does it come after wearing bag for a day or 2.....if it's all the time you need to speak to stoma nurse to find out whats causing it as the longer it's left the worse your skin will get then you will have problems getting a bag to stay on. 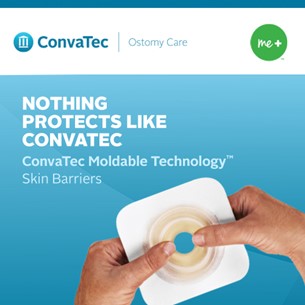 Yeah, that darned dreaded itch!  It's one of those seemingly simple subjects that gets complex quickly.  I'm no Dermatologist, but I boil it down to one of two reasons.....irritation or dryness.  I consider wetness and physical contact issues as irritation.  I typically get two types of itches......one under the bandage portion of my barrier.....most likely from irritation or an allergic reaction.....and the other when my actual stoma itches.  Not the outer shaft like you're talking about.....I mean the inside of the tip of my stoma.  That stoma itch is in a league by itself.  It's like a chicken-pox itch combined with a poison ivy itch.....it's crazy.  Sometimes (usually in the late afternoon) I'll get a sudden itch from my stoma that wants to make me rip off my barrier and stick my finer in that bitch and scratch the living daylights out of it.  But I can't do that.  I mean it's come mighty close....meaning if I had even the slightest chance of getting a new barrier back on afterward....I would do it.  But I can't....so so far I've had to fend off the impulse.  I've learned that trying to scratch it thru my bag will work, but then just makes it worse.  It's like my body is f*&king with me, tempting me to scratch it.......and if I do it just itches two seconds after I stop scratching.  Then that little guy who looks like me in a angel suit appears on my left shoulder and says "I told you not to listen to him".  So I fight the urge real hard and find that if I leave it alone it goes away in 5 or 10 minutes.....but it seems like an eternity, and I have no clue what causes it.  The under bandage itch is self-explanitory.

In your case, at the juncture of the stoma and your abdominal skin it's most likely irritation caused by moisture, friction or dryness.  I've worn my barrier with the hole too small and never had an issue.....but my stoma doesn't change size much, if at all.  Wetness or dryness would be next on my list.....but do check out your hole size, as Panther suggests.  Tackle the low hanging fruit first and see if it helps.  If you wear a two-piece barrier pop the bag off when you get the itch and take a good look (pics are best as you might see something in the pics you didn't catch with your eye) and see what you see.  If you can isolate it to irritation, wetness or dryness you've narrowed your possible solution set by two thirds.

I am thankful I have not had that itch. I will keep this suggestion in mind should I need them down the road

Stupid Walk 😜
This is why a dog is happier...
Splash reduction?
Songs you cannot listen to without crying
Remember...
Updating profiles
Dating
Dating
Supplies
Thick output

Red Weepy Skin.......chapter 12
How to sleep with a cat?
Showering with colostomy
Intermittent Fasting with an ostomy?
Cruising with a colostomy
Dating
Peristomal open wound
Hernia Belts
Question regarding the Colour of Stoma Output
What Tape Do You Guys Use to Secure Barrier Bandage?
All times are GMT - 5 Hours
Currently online: 34
7 members & 27 visitors