Having a stoma and enjoying fetish lifestyle?

Sun Feb 17, 2019 10:34 am
"MeetAnOstoMate is the best website for people with an Ostomy. So much understanding. Everyone should join."

So my wife is currently experimenting with the fetish scene! Thanks to 50 shades lol! So is there anyone out there with a stoma that's I to or has been into the fetish scene ie clubs etc? Can you give some advice and or share so experience?

Oow don't worry not that kind of fetish! No one coming near my stoma!

1 likes
Advertisement
Track your ostomy journey with ease
Convatec
Introducing the My Ostomy Journey App from ConvaTec. With this easy-to-use app, you will be able to conveniently track ostomy-related activities without the hassle of keeping up with traditional paper check lists or diaries in the weeks and months following ostomy surgery.
see more

Go for gold, enjoy, have as much 'safe ish' fun as

you can, You'll be a long time dead.

What type of fetish scene, elucidate?!

Best wishes to you both 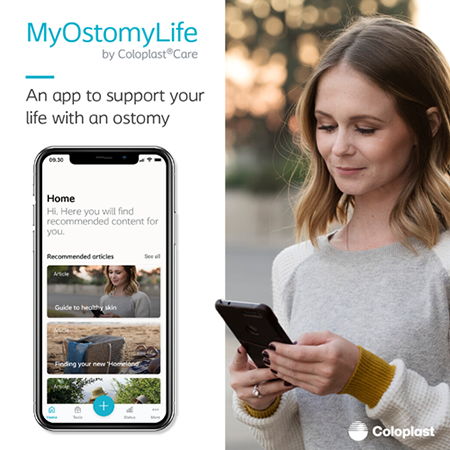 50 shades, too funny, it gives

lots of clues, act on them if you wish, but

Be very careful what you 'both' wish for.

Depending on who the spanker or spankee is I guess with the ostomy but am pretty sure anything is possible either way (brings a whole new meaning to the word "stealth belt" hey)!

Personally think fetishists are just folk with way too much time on their hands but hey who am I to judge (but your wife's reading matter is another story, lol! - there are so many better writers of erotica out there, hopefully "amazon suggestions" will guide her in the right direction!) ;-)

Have fun and best of luck mate.

50 Shades of Grey, By John Summers

The missus bought a Paperback,
down Shepton Mallet way,
I had a look inside her bag;…
T’was “Fifty Shades of Grey”.
Well I just left her to it,
And at ten I went to bed.
An hour later she appeared;
The sight filled me with dread.
In her left hand she held a rope;
And in her right a whip!
She threw them down upon the floor,
And then began to strip.
Well fifty years or so ago;
I might have had a peek;
But Mabel hasn’t weathered well;
She’s eighty four next week!!
Watching Mabel bump and grind;
Could not have been much grimmer.
And things then went from bad to worse;
She toppled off her Zimmer!
She struggled back upon her feet;
A couple minutes later;
She put her teeth back in and said
“I am a dominator!!”
Now if you knew our Mabel,
You’d see just why I spluttered,
I’d spent two months in traction
For the last complaint I’d uttered.
She stood there nude and naked
Bent forward just a bit
I went to hold her, sensual like
and stood on her left tit!
Mabel screamed, her teeth shot out;
My God what had I done!
She moaned and groaned then shouted out:
“Step on the other one!!”
Well readers, I can tell no more;
Of what occurred that day.
Suffice to say my jet black hair,
Turned fifty shades of grey!!

OH, I just love that poem...too funny.  Really takes the 'edge" off.  Thanks

@JMC  The poem is priceless!

I would like to caution you I'm dealing with any kind of a fetish. I know from first-hand experience it starts out slow and small and then just like alcohol or any addiction it will grow and grow and grow. You will tell yourself you will not do those things and the next thing you know is you're doing them. Do you know what BDSM stands for. Basically it means how much pain can you inflict on your partner or take. I'm in Seattle and there is a group here called slaa. It's sex and love addicts anonymous. And it comes from feeling less than or neglected during your childhood. This is not a funniest subject to me because basically it's sexual self harm. And as much as I hate to admit it that is one of the reasons I have my colostomy bag. Self-inflicted sexual self-harm. I've got 12 years or better into the BDSM community and it went from bad to worse I had to have more and more and more. Anybody who wants to laugh at this be my guest but it's a real thing and you better be where it will go way above your head. This program is based on the 12th step AA program. And I guarantee you I am not the only one because there's over two hundred people in my slaa group and community. Too bad the rest of the u.s. and where you are can't get any more help. This is a real life addiction you can experiment and have a little fun but beware beware it will get out of hand before you think twice. Good luck with this situation

Morning Michael....I say you do you boo if that's your thing roll with it and ENJOY 😉


I agree.  Never let a stoma limit yourself!

Who is your celebrity crush….
Any advice!
Dehydration
Dating
If it wasn’t for bad luck…
Ostomy Memories of Animal Sex
Stop Thief!
So tell me!!!!
How do you tell a potential lover you will be getting an ileostomy
Which is it……