I had my surgery 2 weeks after my son was born. He is 4 and I am starting to get concerned about the day when he asks "what is that". I wear a Stealth Belt 23 hours a day so he has never seen my actual bag. I don't want him to be embarrassed or scared of what he sees..... Can anyone else relate?

Hi TimeToGrow, My great grand daughter who just turned five rubber up against me. She asked what is that I was caught off gaurd. I did not know what to say I just said it is something I have to have and distracted her with something else. I have been thinking about it as I am sure it will come up again. The only thing I have come up with is to say I have a sore and that is a bandage over it. I will not show it to her if she should ask. I will just say it is covered and you can't see it. If anyone else has a better answer I would like to hear it also. 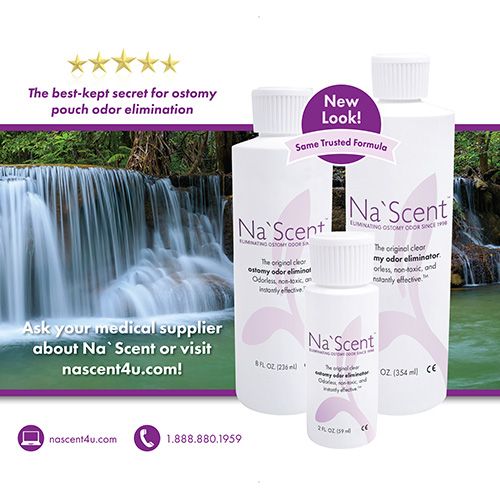 Hi ..I have 5 grandchildren ranging from 20 to 12 ...had my Ileostomy before any of them were born. .they all know that I have it and have no idea what Nana, Gram , Grandma would be like without one..

When they were young and wanted to climb around  on my lap I always told them I had an ouchy and would rub my bag area ..kids are so smart they learn very quickly bless them ❤

They love me to the moon and back as I do them..it doesn't bother them a bit.....your ostomy is part of your  life now ..your little one will not even know the difference ..I have never worn any kind of belt .

I've never had kids, my sister told her children when they were young and asked what was wrong with my stomach said he has a poorly stomach from eating to much chocolate lol and he poo's in a bag on his stomach now they just said Ewwww and laughed, 4 year old niece at the time told me of in front of my nurse and the nurse joined in and told me of too for eating to much chocolate too nurse had tears of laughter running down her face lol. kids undestand and except things much easier than adults do...whatever you tell them just keep it simple and make it fun so they have no fear of it

Meaningful Intimate Encounters
ConvaTec
It's normal to feel sensitive about how your stoma changes your body. Meaningful and fulfilling intimate encounters can still be a part of you and your life. Download our intimacy guide today!
read more

Hello Time To Grow.
Oh yes! I can definitely relate to the ‘problem’.
Thanks for this post as it raises an interesting dilemma with regards to what we say to children and what we hold back or disguise.
I feel that it is up to each individual and family to decide how to deal with these things in the most appropriate way for children to be informed but not put off by whatever we say. However, in our family, it has been a long tradition throughout the generations, to tell the truth, the whole truth and nothing but the truth to our children and grandchildren. So, when one of my grandchildren burst into the bathroom and said, “What’s that?” My response was simply, and unemotionally to say: “It’s called stoma -Do you want to know more?” When she answered in the affirmative, I suggested that she wait for a few minutes with her mother while I finished in the bathroom and I would come and explain it to her.
With the permission of my daughter, I proceeded to explain to my granddaughter exactly what it was and how useful it could be, as well as why her mother had told her several times - ‘Not to jump on grandad’s tummy -as it might do the stoma some harm.’ Once it was all explained, she seemed to lose interest and has never brought the subject up again. None of us felt that it had any adverse effect on our relationships or on her ability to cope with this sort of information.
It is interesting to note that she often comes to ‘grandad’ to ask questions, and she tells me she prefers my answers to those of other people, because I will ‘tell it as it is’ – rather than try to hide things from her. It still doesn’t stop her jumping all over her granddad, so I presume she has either forgotten that the stoma is still there or feels that I am fair-game to be jumped upon no matter what!
I feel that these things need to be put into the context of personal preferences both for the individuals concerned and the family. For us, it is important for us all to know that we can speak openly on almost any subject without being adversely judged for doing so. The children are taught at a very early age, that if they don’t want to know the ‘truth’ – then don’t ask granddad. As he can be a right damper on concepts such as Father Christmas and Halloween celebrations. Mind you! He can make up for it on occasions such as birthdays, Hogmanay, the winter solstice or almost any day of the week that the kids want to have fun.
I have found that most children will adapt very quickly to whatever comes their way and they are even quicker at sussing out who is telling them the truth and treating them like intelligent, independent entities and who is treating them like dependent, ‘ignorant’ children.
On the other hand, if something is really tricky to explain, I will often make up a rhyme to cover the subject. This way, it seems to take the seriousness out of things and make it more palatable.
Best wishes
Bill

My grandchildren live in Texas so no problem with having to tell them. They are almost adults but I prefer the privacy of my Ostomy. Just me!
Puppyluv

My husband has an ileostomy and we baby sit out grandchild

I assist my husband after a shower to change his bag, he lies in the bed and my grandson who is now 3 watches. He even has asked to touch the stoma.He realizes it doesn't hurt to touch it and We explain to him that is how grandpa poops, The basic information has satisfied his curiosity since he was about 2 but he saw the stoma when he was younger because we wanted him to stay safe while we changed his ileostomy bag, so we needed him to be with us. I hope this post helps, children learn quickly and if you are not anxious they will not be disturbed by seeing your ileostomy.

My kids know (9 and 6). They refer to her by name. And they have both seen me change my bag. They were fairly traumatized by the amount of time I spent in the hospital. I wanted them to know everything was ok.

So, I've had my ostomy for over 4 years now. I have a three-year-old nephew that I spend a lot of time around.  I have been trying hard to participate in ostomy awareness and at 5K hosted by United Ostomy Association of America, they had books about ostomies and dolls that had stomas that you could put us to me bags on. This was a perfect way to describe what I had to my nephew. He was excited and asked to see my bag so I showed him. He plays with the doll and points to the stoma and says his auntie has one of those. You can find the books and dolls online. Good luck!!

My kids are all adults, however, my grandkids don't know exactly what happened to Grammie.  Every once in awhile my bag sounds like I'm smuggling snacks. Makes for one very curious grandson.

Question regarding the Colour of Stoma Output

So Much For World Piece!

How many folks are active.... poll

What cocktail of meds together slow down ileostomy output? I’m now on, loperamide 2mg 13 tabs in the morning and 13 ta

How do you tell someone your dating that you have an ostomy?

Gay Men that are Ostomates

Space between stoma and wafer

What's the funniest thing that ever happened to you that's ostomy related?

Is it OK to do intense abdominal workouts with a stoma?