Before I got Maxine I loved Chinese food.  Since having her, I have shyed away from it as I was told chinese vegtables can cause a wicked blockage and I don't want another one of those.  However, that being said, what sort of chinese food can be eaten without the possiblility of blocking me up?  Do you folks eat it and if so, what do you eat that is ok for your ileostomy?  I just had a revision to remove a stricture so things are working much better but I don't want to topple the boat if you know what I mean.  I would like to be able to eat a little of the foods that I used to like though so any advice would be greatly appreciated.  I don't like sourkraute or cabbage stuff so I am ok in that department.

Freedancer,  I love MuShu pork, General Tso's chicken, Beef and Broccoli, and dim sum.  The key is to chew, chew, chew, and then to chew some more. 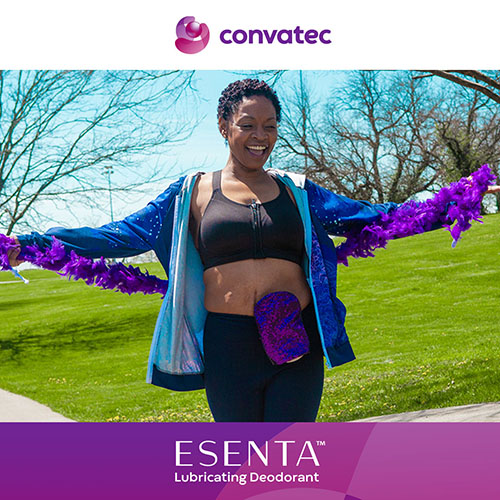 Freedancer, I did forget to mention that MuShu(mooshu) Pork has cabbage but it is well cooked and flavored with hoisen sauce and doesn't taste like braised cabbage or saurkraut at all.  However, saurkraut and broccoli can be gassy, so you might want to take a beano before eating those items if you're concerned about gas.  Also, sweet and sour chicken and egg foo young are two other favorites, but stay away from vegetable egg foo young if you have issues with semi raw veggies.  I love it but many ostomates stay away from veggies that are not really well cooked.  I've found I can eat anything, even nuts and fresh fruit (although I do tend to stay away from grapefruit, pineapples and oranges which are very fibrous, and fruit skins like apple or nectarines--I just peel those, but different situations prevent some ostomates from eating anything that can't be easily broken down.  Again, the real trick is to CHEW, CHEW, CHEW, and to try new things in SMALL amounts.

My biggest concern would be raw or undercooked vegetables...key ingredients for blockage. If cooked well, chewed well and not too many eaten, I'm fine. Raw veggies (e.g.broccoli) not chewed well or cut up into very small pieces, and too much of same, can make you miserable later. I always have a senna-based laxative around, just in case. I don't have any problems with noodles, chicken, spices or any of the soups, and I've been at this for 32+ years.

Over the years I have eaten Chinese food without any problems with one exception, egg rolls. They have caused me cramping to a significant degree. As for the other forms, I am fine. However, as someone else said, you have to chew very thoroughly.

I have had a lot of issues with chinese food causing blockages.  Rice and chinese stirfried vegies often cause me a blockage.  I avoid Chinese food most of the time.

HI everyone
I have a question not food relater or could be.
After my ileostomy my skin has changed it's texture to a waxy feeling most of the time.
I never had anything like this before.
Anyone else experience this?
Thanks
Ed

do you use an adhesive remover when you change your flange?

Yes I do use the adhesive remove. But the skin chabges are face,shoulders,neck,chest. Total change in body chemestry.

I've never had a problem in 42 years.  As others have said chew your good carefully.  I've only had problems twice - peanuts which I gobbled down rather than chewing well and the same for pineapple.  Hope this is useful.  Big chunks of fibrous vegetables simply don't digest.

Wow, I hate to be the Newby dummy, but what is blockage? Exactly what it sounds like? I have read all the food nonos, and I've tried all of them, usually no more than a cup, raw veggies and fruit, salads.. I made a salad with everything not to eat? Should I just count my blessings. Does blockage cause pain and stop or limit output? Will it go away on its own or is it a 911emergency? Thanks from the dummy

Don't EVER think your questions are not worthy and NEVER think you are a dummy.  I was in the exact same place as you are right now!  In July of 2017 my lower bowel died, 30 minutes after I ate supper.  The next morning, I was in ICU where I remained for the next two days.  I then spent 8 more days in the hospital.  I cried for hours after realizing that "Maxine" was now on my side.  I thought I would never be able to live with this "bag" hanging on me.  I slowly learned how to live with her.  If it wasn't for Maxine, I would be 6 feet under.  The doctor told me I was within 3 minutes of passing away!  But the pain and cramping never went away.  Sometimes I was up for days in severe pain.  I made many trips to the ER only to be told it was "just healing" and things would get better.  I couldn't eat much of anything and my output was not normal.  After 7 months of this, on a very painful night, I went back to the ER where I had two CAT scans which showed a problem.  The original ileostomy had strictured shortly after the first surgery and my intestines were enlarged and ready to burst.  Nothing was getting through the stoma!  I was rushed into surgery for the second time and woke up with New Maxine on my side.  Again, I had been within minutes of passing away!  New Maxine started working immediately.  The backup was cleaned out in a few days and I was sent home to heal.  Now, I can eat most anything.  The key is chewing it completely.  That being said, there are foods that are not recommended.  This is because they can cause a blockage.  Blockages happen when a food clogs the stoma.  The hole is not that large and certain foods act like little plugs.  This causes your stoma to have difficulty dumping the out the waste.  If it cannot dump, it backs up into your intestines and they can burst.  You will know if this happens.  You will have cramping pain, low or no output and what output you have will most always be watery and lose. Trust me, you will know.  There are a list of things you can do to try to unblock.  I made an action list for myself.  Before I went to the ER, I went down this list.  If none of the steps helped to unblock Maxine,  my last step was the ER.  Blockages can be very serious.  If you don't get them cleared, it can cause some real damage.  If your intestines burst, you can die.  Some of the foods that are dangerous are mushrooms, Chineese vegtables, celery and some others that are listed.  This site has been extremely valuable for needed information.  The people on here have been through just about everything so if you need a question asked, just type your question and watch the answers flow in!!  I don't know how long you have had your ostomy but I am thinking not too long.  Just remember, everyone here on this site was once a newbie!  Do some reading about blockages and blocking foods.  There are tons of articles on the internet.  As you go along, you will get used to your ostomy and will know what you can and can't eat.  I introduce new foods gently.  I start out with one at a time and note any reactions I have.  Then I put it on the "go" or "no go" list. One of the foods I cannot eat are carrots.  They just don't get along with Maxine so I don't eat them.  I wish you great luck!  Take care!

Hey, if you chew you good well you need not worry.  I do tend to not eat a lot of fibrous roughage, like pineapple at one go.  If you have a blockage you'll no/very limited output, or very a watery dribble.  Hi to a doc and they irrigate your from a and that will do the trick.  Moderation is key and commonsense.  In 42 years I've only had a blockage once and I fixed it myself.

hope This is helpful

Thanks for the feedback freelancer, guess I will count myself  fortunate as I currently have had no issues with my raw veggies and fruit, which I limit to one cup, salads I use scissors to finely chop, and chew the heck outta everything

Hi I’m scared to try things did in the pass and had to have 4th pray no more 🙏You have been 32 years with a Ostomy was lease help me my name is Victoria I been with colostomy and so sick and 4 surgeries later Jan 31  will be a year for last one pray no more ....I just pray it’s all good, I worry a lot and I’m alone a lot the jerk I had in my life walked out of my life yeah Iknow I’m depressed to  want to email you and text if you would like that there’s a good days and bad and dealing with feeling completely different is hard to understand why and what to do!! Let chat 😍Hope your feeling good!!Victoria

Hi Ed How are you? I just looking through my mail and saw you  was talking about your skin being different after surgery? Waxed feeling,?I’m not sure If this understand 100% but my skin is different to and I know a lot of things are different 😇🙏😢going forward life will go on no matter what way I feel ,right ?jk lol But your the first that said anything about there skin changing, is this around stoma or and everywhere? This is something that just happened  I had a tool for my feet for the hard skin .I did it easy and now my feet hurt omg hard  to walk😢now... please someone if not Ed write ? Please 🙏❤️I see it’s 2018 lol I hope EVERYONE is  great doing

Hello Azishome, I must say wow 32+ years with your ileostomy and colostomy bag? I Also don't do Chinese food had a blockage from it, too...How did you do this 32 years my friend!? I'm not sure what I wanted to say... it's a lot to take care of and that's no joke!! Hope you doing well😊Hope to here from you! Take care  Sincerely Victoria 🌺

Changing from a temporary stoma to a permanent one
Blood on ostomy bag from skin irritation
Would you take the risk?
Gay & bi sexual men an women with ostomies
Food and Ileostomy
DIET - pomegranite seeds
Vents
The Stealth Belt
Scuba diving
Magnesium
All times are GMT - 5 Hours
Currently online: 35
8 members & 27 visitors