Can a person with an Ileostomy still scuba dive or snorkel??  I know swimming is ok.

I've never done either but why wouldn't they be able too? Maybe they would have to adjust their suit so they can have a good flow but I believe we can do most things, just have to watch what we lift.

I would not see why you couldn’t! If your pouch is secure, you are probably safe!

An App Designed Just For You
Convatec
With the My Ostomy Journey App, you will be able to: - Easily track your food and drink - Log your pouch changes - Get instant access to the me+™ helpline
see more

I was thinking more on the line of how would the pressure affect a person with an ileostomy or colostomy.  There are pressure changes that happen when you dive.

Freedancer, I've been diving for years at an advanced level and have not ever had any issues related to pressure or anything else for that matter.  Some dive associations may request that you get a medical clearance signed by your physician.   However, that should not be an issue.  It's more to cover their potential liability than anything.  Scuba and freediving are incredibly enjoyable sports and I hope you take the plunge!   Best wishes, 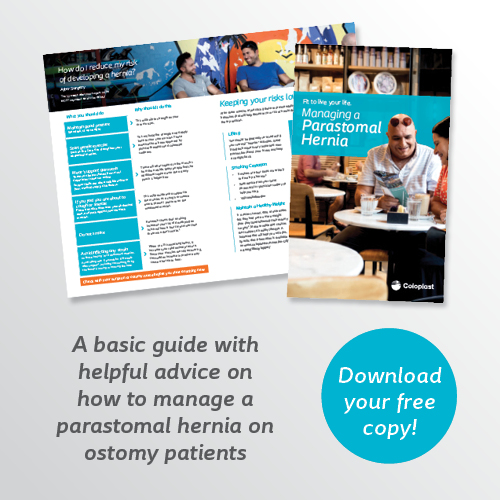 Hello,I have been snorkeling for 35 years with an ileostomy.Never had a problem.I have never gone scuba diving not because of my ileostomy but simply because it doesn't interest me.

I had a similar question to freedancer's question.  Specifically, what happens when your body expels gas into a sealed stoma pouch at depth (for the sake of this question, let's say 90 ft.) and you ascend to the surface? Wouldn't the gas in the bag expand causing the bag to rupture?

I'm a diver and I have been told its ok.  I dont think I would start with a 90 meter dive though.  Start with a shallower dive and see how that goes. I would discuss this with your physician and make sure he /she understands the effects of nitrogen and diving.  I am looking to do some diving myself but I currently have a power port installed in my chest that I use daily so I have to wait before I can swim with the fish.

I would love to go snorkeling this summer. I have a question and would appreciate if anyone could let me know about bacteria in the water and if it can enter through the stoma and make us ill?

I have had no problems snorkeling. You would want to use the little patch over your vent to not let water in or out!

Would not think with salt water, you would have to worry anyway!

Hi  Freedancer & all ostomate Friends,   I'm Marsha, and I've had my ileostomy for over 50 years.  I've gone swimming in all kinds of water,   oceans, lakes, streams,  all over the world....and have never had a problem.    If foreign bacteria is an issue, it can get into the body from with easier access than the stoma   ( skin, mouth, nose, eyes etc)..  Unless advised otherwise,  water is relaltively safe.   Snorkeling is find,   as you're basically on top of the water.   I've snorkeled many times and never had an issue.   I know other people with ostomies who also dive,  and there can be some issue with the pouch/ seal, at greater depths.   I've never dived, so I don't know.   However, I did have an " issue" when I went into the dead sea...in Israel.   The salinity is 5x greater than reg. salt water.   All seemed to go well, other than the water pressure pushing me off my feet/ to floating, by the time I got to my knees.  But it was great fun.  Unntil I went to the locker room, to change, and found that the pressure had made my two piece system  separate,  Despite the tape, the pressure from the water, forced the rim of the pouch to separate from the wafer.   It was a bit of a mess to clean up.....but soap and water did it.   Make sure you have a change of wafer/ pouch and other supplies, in case you  have a problem.  Other than tape, I didn't..   But I was young and foolish,  and had to tape the old/ used & dirty wafer, back onto my skin.   Glad I had the tape.

I purchased a Stealth belt pro and works great when snorkeling.

Probiotics for Ileostomies - what is your opinion?
How has being an Ostomate affected your social life?
Going in for "Barbie Butt"
Will I ever feel attractive again
Jeans
Ostomy Memories of Questions
Ostomy Memories of Killer Lizards
What's the one post on here you remember above all others?
Colitis and ostomy
Help with socializing
All times are GMT - 5 Hours
Currently online: 33
7 members & 26 visitors