Ladies.....do NOT let him hump your stoma!

Did that title get your attention.......thought it would.  So, in another post Cplumber mentioned checking out the UOA.org site......so I did. That's where, under the "Sexuality" topic, I found this nugget.

"MYTH: BODY MOVEMENTS AND PRESSURE OF OUR BODIES DURING SEX WILL HURT MY STOMA.

TRUTH: Close body contact and movement during sex won’t hurt your stoma. However, nothing (fingers, objects) should be put into the stoma. A stoma is not a sexual organ."

WHO THINKS UP THIS SHIT, anyway?

We had a similar post on here a while back and it recieved a few comments such as your own.

ONLY YOU BOB, ONLY YOU.

all I can add to this topic is when I got my stoma, my wife was making suggestions that u can have sex in your stoma. She visited some porno sites apparently to gain some unusefull, sick, preverted  insight to the subject..  i looked at her like she was talking through her ass and i said you must be very stupid to beleive anything can fit inside this thing. she was firm believing what she read.  it made realize what a dope she was to beleive such nonesense then TELL ME IT WAS TRUE  about the sex/stoma thing.  yea right.  you idiot.   it goes to show you how people beleive anything they read on the web..  I dont believe for a minute this organ can be stimulated let alone have anything put inside it.

gee whiz, how disgusting and preverted are some people.??  youre right Bob, cant get that image out of my head.

only thing I would be concerned about is  stomach to stomach facing sex, if there would be a chance the stoma can be pushed back into stomach??  thats as far i will go on matter of stoma  sex.  please note instance like this a stoma guard is probably the best thing to wear. go have wonderful sex now.  cheers.

If humans evolved from lesser creatures, what creatures might have been less dignified than the “WHO” Bob references? Sorry Mr.Darwin.
Mike

Bill.........sorry for replicating a subject.  When I read that note on the ostomy site I was laughing out loud and said I NEEDED to share this with you guys!  It never crossed my mind that it could have been discussed on here previously.  Guess I'm still naive in some ways about this site.

Mike.......I think even Darwin, if he were alive today, would admit the evidence needed to fill in the blanks in his theory should have been found by now (and have not).  He's even quoted as saying so, in that for his theory to be correct the missing links between species (that he predicted) should be found in the very near future.  That was a long time ago.  Now I'm also not big on the "God" theory, but old Darwin's answer is getting a little long in the tooth.  Maybe we need a third possibility.  Has anyone noticed the US now has a Space Force and all branches of our military now admit to having had dealings with craft that are unidentified and perform beyond anything we can build? Got a funny feeling that the third possibility is about to make itsef known fairly soon, and it's gonna be a doozy.

Once again I gotta agree with you... there is definitely life "out there".

As for the stoma sex thing, I was traumatized early on regarding this subject. Shortly after I had my emergency surgery and woke up with a stoma I was told by a nurse not to have sex through it. I remember being like "What?! Who would do that?...Ouch!".

Yeah, I'm right there with ya.  When I heard a few years back that Richard Gere was putting gerbils up his ass I thought I heard it all.  I was wrong.  Now I hear about stoma sex.  I REFUSE to Googe it.  Just won't go there.  I'm waiting for someone to chime in saying they wear a butt plug in their stoma!

OMG you guys crack me up....Ewwwwwwww  what a gross thing that would be...my stoma bleeds enough just wiping  it during change...Bob it is true that Gay guys will sometimes put gerbils up into their anus ....my niece is a nurse and she told me stories about those happenings in the ER...each to their own I guess...LOL

Yes it's amazing what some idiots believe but the stoma is one particular orifice that is definitely designed as an EXIT point not entry.*

Can't believe I'd almost forgotten about that Richard Gere story Bob, EWWWW another image that I don't want in my head hey!  Thanks for the laugh anyway, after all "There's nowt as queer as folk!" 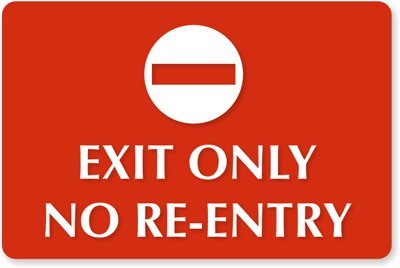 I have a friend who works in ER and I myself have worked in Radiology where have seen the end result of what has been inserted apparently "accidentally" because of course we all leave large jam jars/fluorescent light tubes/torches/beer bottles just laying around the shower where we have slipped and fell on them "it was a million to one shot doc, a million to one"!  LOL!

oh lawd, why did i click this topic..  people are crazy.

way back when i first got my stoma, when i was young and spry and partying with my peeps, some inebriated person asked if stoma sex was possible.  i said nope, it ain't.  leave it to liquor to disclose what the horndogs are really thinking.  "but it's a hole!"  so is your sink disposal.

i could've just clicked, read, laughed, and not commented, and no one would've known i clicked.

C'mon........you know why you clicked on this topic......because you're as wacky as the rest of us.  We need to have a little fun with this stuff or we'll all go nuts! Especially us who now have a cul-de-sac for an asshole.

When I was still in the hospital after the initial colostomy, the nurse/educator warned me about that very thing. The only thing that went through my mind was "what kind of sick f**k would even consider that??!!"

It's kinda like the warning on the chainsaw I bought:

"DO NOT ATTEMPT TO STOP CHAIN WITH LEGS OR GENITALS"

Hello Fred383.   They say 'a picture is worth a thousand words'.  So, there is a picture of a stoma plug on my profile  for you to peruse.  Mine are supplied by Coloplast, who I am sure would send you some samples if you asked them  to. I have no idea about purchasing this stuff as I get all my supplies courtesy of the NHS.

As for procedures: It is a straightforward plug attached to a flange. All you need to do is remove the plastic cover to expose the adhesive surface  and push the plug into the stoma. I have a peristomal hernia, so I need to digitally make a hole for mine , otherwise it will not go in on its own. However, there was a time when I could simply push it in without any preparation.

Does anyone know of any Ostomy undergarments that actually work and look nice?

Anybody subscribed to Phoenix Mag?

Anybody craving cold drinks after getting your ostomy?

Did you get your flu shot?

Sources of protein after ileostomy surgery

Tomatoes Coming in the garden. Can I eat?