So a bit random. I was playing with a kitten the other night. I completely forgot about my stoma & threw myself on the ground. Front side down. Now my stoma hurts really badly when I sit up, laugh, get out of the car or anything that really involves much movement that isn't walking. I think it's bruised internally but I've no idea. I've also had a really bad headache in the centre I'd My head ever since. It's located almost where my sinuses are. I'm not sure if they're related at all. I was wondering what I should do about either/both? I've only had the stoma 4 months so am very new to this.

Any advice, even if it's just to wait it out is welcomed.

If you have questions:

Sign up and ask your question in the Forum. You will get answers from fellow OstoMates in less than 1 hour. It's free.

i`m no medical expert but, i dont belive the stoma has the ability to feel pain, it has no nerves. the pain you are feeling is most likely from the abdominal area around the stoma. if your only a few months post op you may have just strained your surgery site. i would try a little ice and see if this helps any inflamation to your abdominal muscles. if you experience any other problems i would seek professional medical help. good luck and be extra careful !!

I would agree with MMSH - ice, and be careful. If you're going to engage in extreme sports like playing with kittens, 😊 you might want to look into getting a stealth belt, which will protect your stoma from a lot. Your headache might just be from worrying about whether your stoma has been injured. My general rule is, if something persists for 2 weeks, it's time to see a doctor.

I think you've got some caring advice. You have to be careful for awhile and as time goes by. So think twice before wrestling with the cat.🙂

The ice is a good idea. Just remember during your surgery they had to create a hernia to make the stoma and your stomach muscles have been weakened cutting through there. So things are tender and sometimes bumps and shifts can hurt in different ways.

And one more thought when my dog walks on me in bed I know her little too nails can hurt and once a bit rambunctious one time made my stoma bleed. She's a mini dachshund (there's a picture with her in my profile.)

Hopefully it will feel better in a day or so. Hope the headache goes away too. 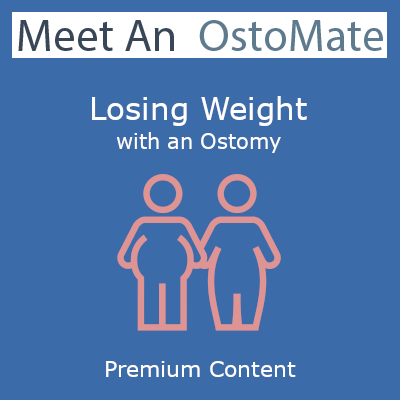 Good advice alround! It sounds as if you might have strained a muscle or two in an already vulnerable area. Thinking about this logically, we were advised not to even lift a kettle because of the danger of causing hernias etc. so throwing yourself on the floor must be equivalent to lifting at least half your body weight and puts you in the same sort of 'risk' category. I love the thought that you were able to forget all about having a stoma, but in these early days that can work against your  long-term recovery. Wearing a protective belt of some sort is a good idea and for some of us this becomes a permanent piece of kit to help keep us together (so to speak). As for the headaches; these can be caused by so many things that it would be just guesswork to try to pinpoint a trigger. Worry would be on the top of my guess list, but if I was feeling mischievous, I would suggest an allergy to cats! Although playing that close to the floor can raise all sorts of allergic reactions to dust etc.  If the symptoms last for more than a week or two, it might be useful to have a word with a stoma nurse, doctor, or physiotherapist.  However, I find that most of my aches and pains dissipate or disappear altogether in a few weeks, to be replaced by some other irritating condition, which helps distract me from the previous ones.

Hope you get better soon

Thanks guys. This is all really helpful. I now have feelings of disdain towards the kittens 😂 no I don't they're really cute. It was an incredibly stupid thing for me to do. I text the nurse but she hasn't gotten back to me yet. Maybe I should leave the kittens out of the story.

It seems to be getting more painful as the days go on. I'll absolutely try ice. I've been putting heat on it. I may try some sort of tablet with Brufen in it for inflammation.

Kayla, if it continues to get worse, and ice isn't helping, best to consult your stoma nurse, so I'm glad you've texted her. I would tell her the whole story - kittens included - because it might shed some light on what happened. (I am just jealous that you have a kitten to play with!) I know a young man who is an avid cyclist - he is passionate about racing - and he wears a stealth belt. He says it has protected his ostomy from many a spill, and he races with confidence that he is protected from serious injury. Depending on how physically active you are, you may benefit from wearing one. In the meantime, enjoy your kitten.

Hi Kayla you didnt say if it affected the output of your stoma or not, but i would suggest taking some tylenol and also the icepack on it like others suggested. ggod luck

I'll go 180 from what others have said above.........the nerves in your bowels are part of the Enteric Nervous System, which has about 5 times the number of neurons in your spinal cord (meaning it's friggin' big!).  It's not a well understood system, but there are definitely nerves in your bowels.  Ask anyone who's ever had a bowel obstruction if it hurts when your bowels are expanded to almost popping.  I've been using Diphen Atropine as a motility drug for about 5 years now, and being a narcotic it essentially numbs the bowel (and my stoma) to some extent. When I started weaning down my dosage my stoma would start to hurt after about 8 hours, which is how long the drug lasts for motility.  And it would continue to hurt like heck until I took another dose.  Over time it got used to the routine, but there was pain involved.  I've also banged my stoma into things and have been kicked there by my goat (who just wasn't really keen on being milked that day).......and it hurts!  And it hurts for days.

You've most likely bruised your stoma, but not done any permanent damage.  If you had done permanent damage I doubt you'd be able to sit long enough to type your post.  I'm not sure how best to treat it, other than getting your mind off it and letting your body recover.  I'm sure ice wouldn't hurt, but avoid heat, as that tends to increase bloodflow in the area....which you don't need right now.  I'm still a bit puzzled by how you play with your cat.  If I did a bellyflop right in front of my cat I don't think she'd still be in the room when I realized what I just did.  Is there any video of this............we could all use a little entertainment these days!  Seriously, if it's not getting better in a few days it might be time for a video-appointment with your Doc......who'd also probably like to see the video!

If you are feeling pain and are unsure what to do, I wouldn't ask a forum for advice.  I would most definitely call your doctor or the surgeon that operated on you.  Always best to ask someone that really knows.

If you are looking for protection, I can heartily recommend Ostomy Armor.  They are built for life.  My ostomy nurse said it looks like something that you would buy at R.E.I Co-op.  If the cat is brutal, order one of their titanium models.  Nothing can destroy them.

FIBROMYALGIA & A COLOSTOMY...ANYONE ELSE?
Probiotics
Revision of stoma of sorts
Dating with an ostomy
New ostomate looking to relate to someone with a similar experience with colitis.
Dating with an Ileostomy
Prolapsed Stoma
When is the right time
Open Sore under Stoma
Public Bathroom
All times are GMT - 5 Hours
Currently online: 21
4 members & 17 visitors